The figures shown above were the miniatures provided in the earlier sets. However, variations in this Box Set were possible either due to availability of a miniature, or updates to the figures. As such, some sets may have included two 1245B, and one 1245A Bugbears. Also, later sets may have included the revised Harpies with the base that was cut down; 1272A-2 (see photos below). 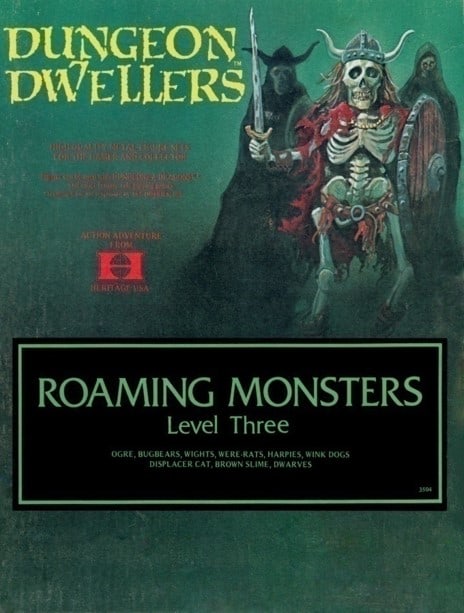 Included in this set were 18 Roaming Monsters - Level 3 miniatures. The monster descriptions listed below are taken from the back of the Box Set

OGRE - 1248A-1; A ten foot tall man-eating giant of cruel and evil disposition. 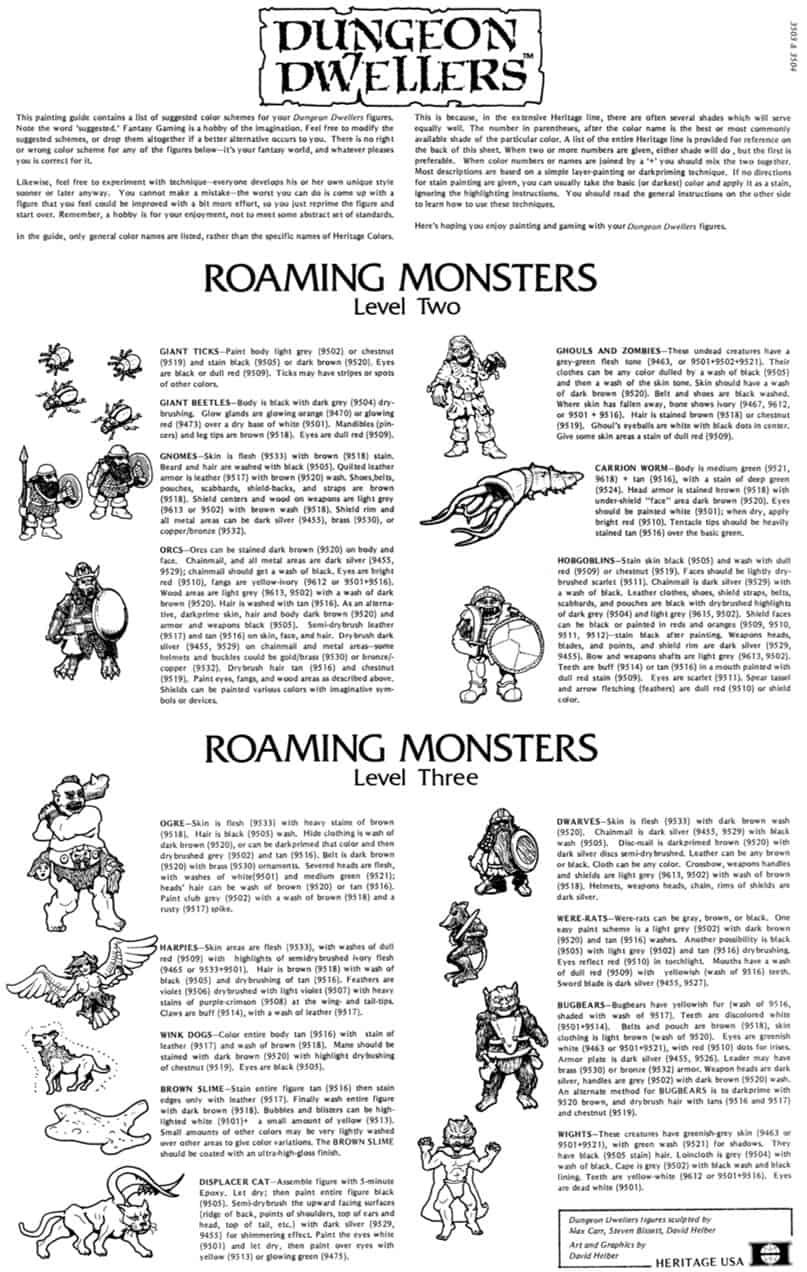