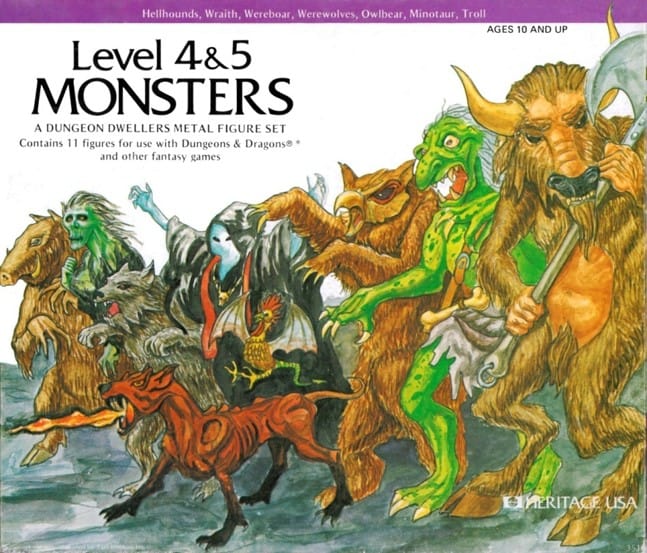 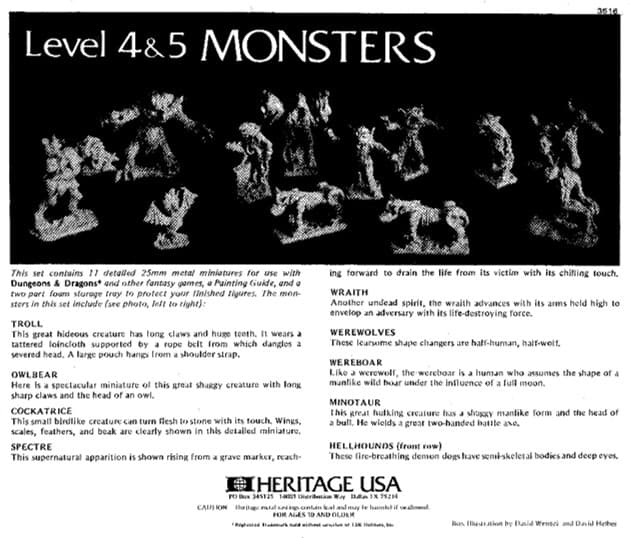 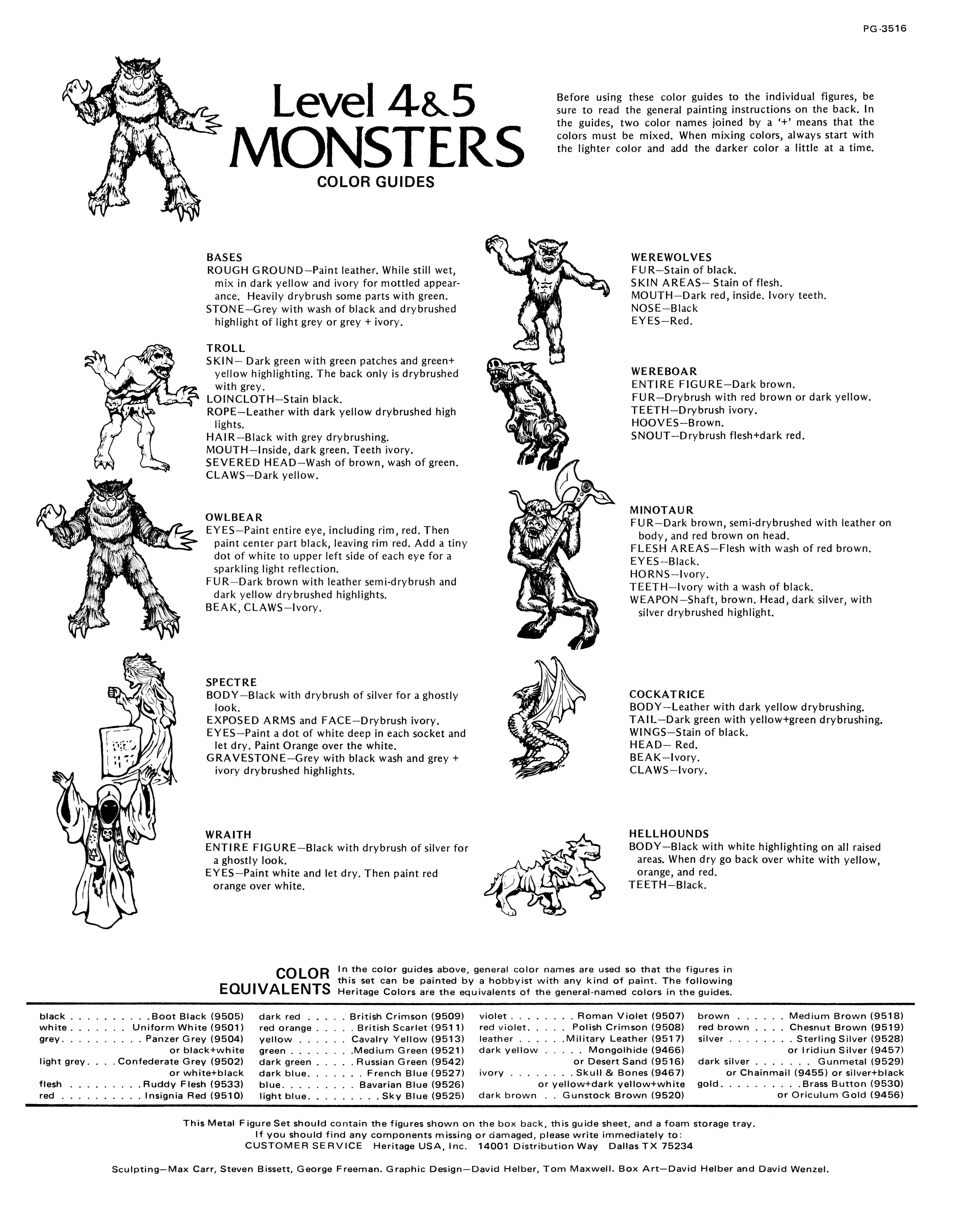 Troll – 1246A; This great hideous creatures has long claws and huge teeth. It wears a tattered loincloth supported by a rope belt from which dangles a severed head. A large pouch hangs from a shoulder strap.

Owlbear – 1224A; Here is a spectacular miniature of this great shaggy creature with long sharp claws and the head of an owl.

Cockatrice – 1289C; This small birdlike creature can turn flesh to stone with its touch. Wings, scale, feathers, and beak are clearly shown in the detailed miniature.

Spectre – 1277D; This supernatural apparition is shown rising from a grave marker, reaching forward to drain the life from its victim with its chilling touch.

Werewolves – (2) 1271B; These fearsome shape changers are half-human, half-wolf.

Wereboar – 1271C; Like a werewolf, the wereboar is a human who assumes the shape of a manlike wild boar under the influence of a full moon.

Minotaur – 1253A-3; This great hulking creature has a shaggy manlike form and the head of a bull. He wields a great two-handed battle axe.

Figures included in the Set:

Although the Minotaur (1253A-3) is designated as part of the Minotaur blister pack, this could not be confirmed by those who worked at Heritage, and therefore this figure could be unique to this set.