Prior to Custom Cast's merger with Heritage Models, I understand that you were under license to cast figures for "Der Kreigspieler" which included the Chivalry and Fantastiques lines.

It was not under license. We (mostly myself) had sculptured these figurines. Der Kriegspielers/Custom Cast was a company I had formed in the 50's.

I also understand that you had your own line of miniatures which included the Greek and Persians.

Der Kriegspielers/Custom Cast had many lines of figurines, paints and prior to that merger. The original Thermopolites were multi-piece 30mm figures that I had sculpted. We later reduced them to 25mm scale and increased the range to include a great many more types. I did the original work and later at Heritage (when I had to spend my time on making sales) had help from the group you have met in Texas. WWII Panzertroops. Panzertroops in 15mm were a collaboration of Stan Glanzer and me. Stan was an excellent technician and we lost him far too soon - he was only 33 when he passed. 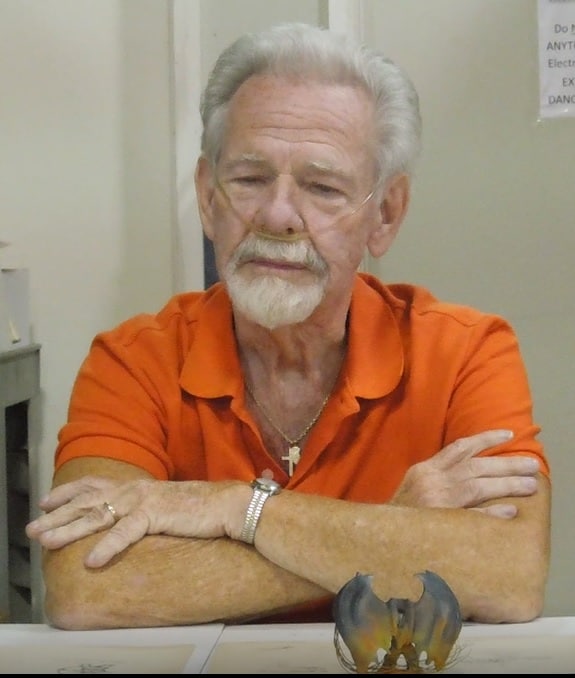 Were there any other lines of miniatures or tabletop games that Custom Cast brought to the merger?

Continentals were another collaboration of Stan and I dealing with the American Revolution in 25mm, as were Confederals representing the American Civil War. Later we broadened out this subject and released it in 15mm as Confederettes. A very major effort was the 15mm Napoleonettes which became the standard of the industry for some time. We also issued a 15mm series entitles Classics covering ancient periods - primarily the Punic Wars (Republican Romans and Carthaginians) initially. I was able to arrange a deal to obtain the old Comet Metals/Authenticast WWII recognition models used by our armed forces at that time and marketed later by Alnavco and others. This provided the initial vehicle models for Panzertroops as well as the aircraft making up the Airpower line. We later released some WWI ship models as Dreadnaughts. In 25 mm, I also did some Golden Age of Piracy figures I called Pirates of the Caribbean. There was a line of cast metal scenics providing walls, sandbags, hedges, trenches, fences of various types, and many other useful playing accessories I simply termed Scenics.

I was also told that you sculpted most of the Fantastique line. How did you come to sculpt a line that you were eventually licensed to sell?

I had the unique pleasure of meeting Tolkien in the 60's when I was over in England to meet with Anthony Belmont-Maitland to place the first "wargame" figurines in his exclusive TRADITIONS slick-paper magazine, which was the epitome of the tin soldier hierarchy at that time. I was being greatly honored as the little figurines had never been considered by those who were the elite...the collectors - using 75mm to 54mm size miniatures. Since I had most of the day free before meeting with B-M at high tea time, I arranged a visit as Tolkien and I had corresponded briefly, and I offered to sculpt some pewter Hobbits, Elves, Dwarves, and Goblins for his then younger kids Chris and Pricilla. He liked the idea. We made some rough sketches, and I brought them back and had Tim Kirk, a budding young artist with American Greeting Card Company, make some renderings from them, and then I proceeded to sculpture what would likely become the most successful line of those old days. I sold 10,000 bubble packs of the Fellowship in short order, followed by a string of releases to an equally appreciative audience we had built up in the rather numerous dealers I had been able to recruit throughout the country. Later on, the matter of licensing developed - which presented some serious problems, and we licensed the initial LOTR movie from Ralph Bakshi through Elan Merchandising. It would be imprudent for me to reveal the beginnings of this line as described above due to the complications and legal exposure I might receive - but you have the answer for your question, even if you must avoid passing it along to the general public.

When did you start "Der Kreigspieler"?

I formed it in the 50's. The Custom Cast portion of it occurred when I added Dick Niebert of Tipp City to handle some early production. I was also getting some business from advertisers and others requiring custom cast pewter pieces for various uses.

How did the merger between Custom Cast and Heritage Models occur? Did you go to them, or did they come to you?

They approached me. Essentially, I bought out/replaced Clive Burton who was the early partner of Jim Oden, by offering my lines, existing business, and a large sales contact network of many dealers and distributors. Der Kriegspielers/Custom Cast did more business, I believe, at that time than all the other tin soldier firms combined in the USA.

At some point in the early years after the merger, Jim Oden leaves Heritage. Do you know why he left and where he went to? Also, do you have a time frame for his departure?

The Bank that financed Heritage (Scott Bobo, our loan officer, and fellow wargames aficionado) indicated that the Bank was unhappy with Jim's handling of the finances and insisted that he bow out - or else. They replaced him with a real estate maggot (yes, you read it right. He was a wildcat oilman with a lot of money to throw around, and he overheard a conversation at a restaurant and offered his financing...at a high price. The bank wanted me to stay as I was the one who brought in the money and had the contacts, but I was forced to take a minority position to Stockman, and he continually screwed me. I believe this was early 1980 or late 1979. It was not a good deal for me, but I had little alternative as the bank would close it down otherwise, and I would lose all the material and effort I had brought into it. It was a mistake to merge with them, but it seemed like a good decision at the time as we thought we would certainly command the fledgling miniatures industry in this country. I had not counted on Jim's "divide and conquer" philosophy, and it was not good for me. Stockman was even worse!

I believe all these questions are answered in the above paragraph. A consultation with Scott Bobo will really provide you an overall detailed historical view.

At some date prior to Heritage closing its doors, you leave Heritage to work at TSR. As I understand it, you still had a monetary interest in Heritage. Is this correct?

I finally had it with Stockman's antics, and I walked out. TSR (Gary Gygax) wanted me to come up to their rising star and help him make it big. I did, and we did! I lost a lot of money in Heritage. All my lines and efforts went down the drain. What had been a going concern with Custom Cast/Der Kriegspielers and all the lines I had sculptured and built along with a major amount of trailblazing for a new industry was lost with NO return! I really don't think Stockman knew what would happen when I left. In nine months, they were out of business - as I expected they would be. They were unable to maintain the sales and contacts I had established...and the relationships with others in the industry.

Why did you leave Heritage to take over operations at TSR?

I was really disgusted with the scheming and backbiting I had to put up with from Stockman. I believe he was cheating me and draining the business all the time.

I read an article in a magazine where before Heritage closed its doors, that you and some other people from TSR met with Howard Barasch and others at Heritage to discuss a possible sale. Is this true, and what happened during this meeting that prevented the sale? It was my understanding that you still had a vested interest in Heritage when the meeting occurred. Is this true?

I do not recall this meeting you mention...but yes, I still was supposed to have a 49% share of Heritage which really meant nothing as Stockman was always chipping away at my portion. In the end, I lost everything!

Many people from within the industry, to the people who worked at Heritage, said that the failure of Heritage was the result of mismanagement. Do you agree with that?

Scott Bobo may possibly advise you that both Oden and Stockman played questionably with the finances of this company. Unfortunately, I never had the opportunity at that time to do much about that with either one of them as I was on the road to trying to keep us afloat by getting business.

I had heard that there were problems securing loans and that the loans they had, the interest was extremely high (which was par for the 80's), and the inability to pay back the loans lead to the bank foreclosing on Heritage. Is this your understanding as well (from your perspective while at TSR or Heritage)?

I think that would be a viable statement, but Scott Bobo is your best source for accurate information.

I appreciate you taking the time to answer these questions. Do you have any other information that would help me with the history of Heritage USA?

There is an interesting article in the MWAN (Midwest Wargamer's Association Newletter Volume 8 Number 1 September-October 1989 written by Hal Thinglum starting on page 83 and running through 102 which covers much of that period and my activities. I think you would find it very interesting from a historical standpoint. Good luck on your project. It is an interesting adventure with plenty of pathos and exultation for all to share!