Okay, I will try to cite the history of the Dungeon Dweller line and Heritage Models/USA to the best of my recollection. Don’t forget this was some 25 years ago.

In February of 1979, I was hired by Heritage Models as the operations manager to replace Cleve Burton. Cleve had left the company to be the exclusive US distributor of Hinchcliffe miniatures. At this time Jim Oden was the president and Duke Seifried was the VP of Sales. Oden was running the company and Duke was out on the road selling the product. When I arrived Arnold Hendrick was already working there and was given the title of Publishing Director/Manager. The company had acquired the Battleline game line, was publishing Game Time Games and various rules books for miniatures. There were also rule books for various licensed properties: John Carter of Mars, Star Trek and Lord of the Rings (I don’t recall if the latter occurred before or after I arrived).

Though my prime responsibility, as outlined by Oden, was miniature production I had a personal interest in the companies R&D (or creative department). I had just spent six years working at Simulations Publications (SPI) in New York in both operations and marketing and had a good sense of the industry. I definitely knew the paper side and wanted to learn more about the metal aspect of the business.

I spent a lot of time with Arnold Hendrick, picking his brain, and getting to know the sculptors: Max Carr, Steve Bissett and free lancer: David Helber. I also had the pleasure of staying as a guest in Duke Seifried’s home for several months while our new house was being built. I learned about Duke’s “stain-painting” technique and just having a great time playing miniatures with his “sceno-squares” and vast painted armies. This was a new world to me having been a board gamer forever. 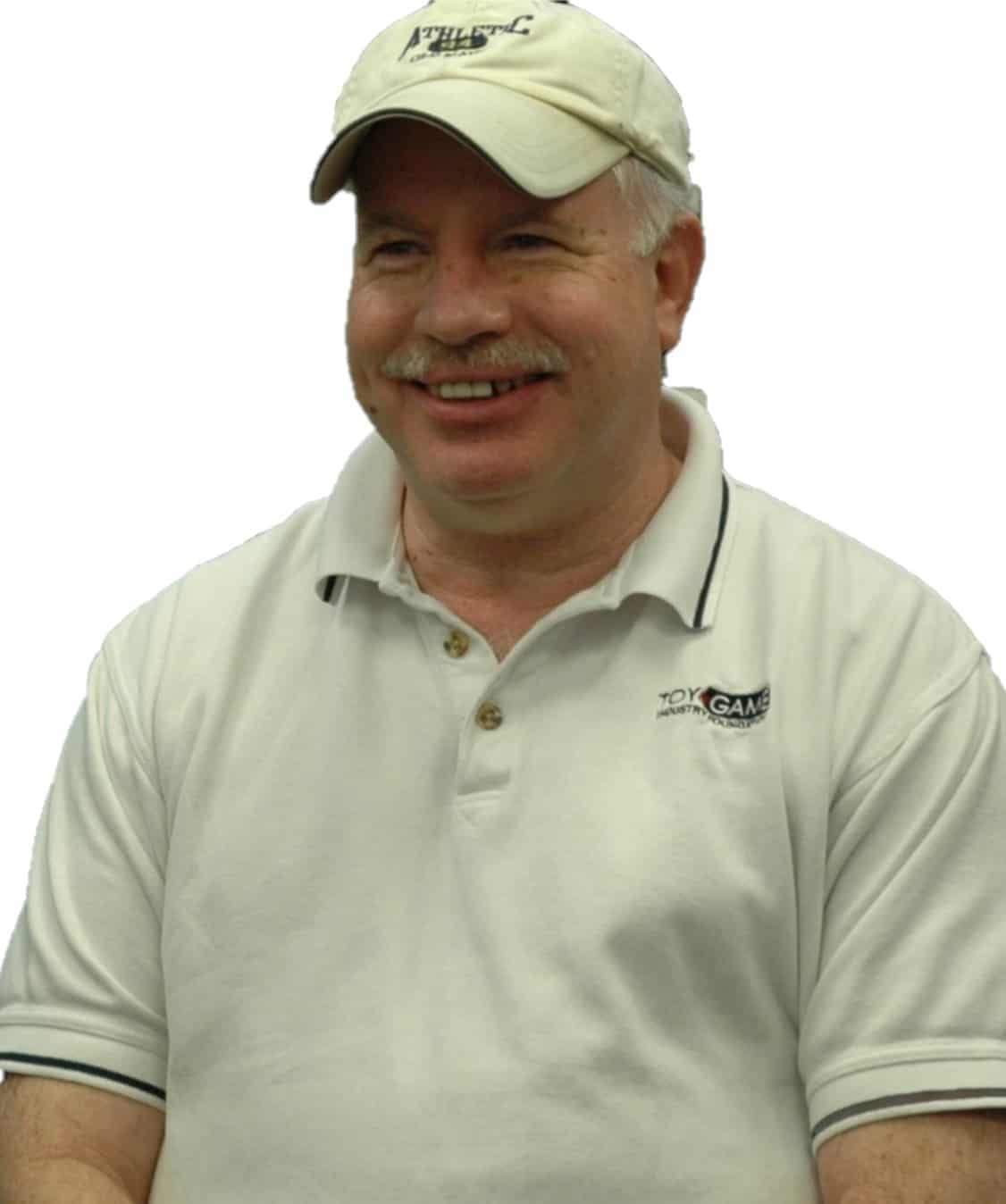 Heritage had its own retail outlet: The Royal Guardsman. It was here that you could witness the vast array of miniature products, paints, accessories and rules on display. I noticed that while many older gamers were buying packs of figures for their armies the younger buyers were only buying a few packs searching for a very specific figure or pose. After talking to Arnold he mentioned that the younger consumers were making their purchases for role playing games; primarily fantasy and specifically Dungeons and Dragons. They didn’t need armies of goblins or dwarves. They wanted a specific character or just a small number of creatures. D&D was growing in popularity by leaps and bounds and fantasy miniatures were going along for the ride.

Now at this time in the history of miniatures Heritage, Ral Partha and Grenadier were the dominant miniature companies in the U.S. They all had a line of fantasy figures that was being released in blister packs. (I believe Heritage pioneered that packaging when they started to produce their licensed products. But that occurred before I arrived at Heritage. I would guess that Duke was the pioneer there.) What all three major miniature companies had in common was a randomness to the way their product line was produced and displayed. For example, stock number 001 was a pack of wizards or a single wizard; number 002 was a dragon; 003 was a band of gnomes; and 004 was a paladin. Just imagine row after row of figures on a wall with this random organization. So if you are a customer searching for a specific figure for your D&D game how do you find it? You had to search through almost every pack of figures from several companies. That didn’t sit well with me.

Around this time Ral Partha was growing as well. They were producing a very detailed figure that many consumers admired for their detail. When you compared their figures to the “bulkier” and simplistic designed Grenadier Models and Heritage “Fantastique” line the differences appeared obvious. I did bring up the Ral Partha sculpting style to our creative crew and they accepted the challenge of raising the level of presentation of our line. But the issue was how to present it to the consumer. Almost everyone agreed that we needed to re-work the Fantastique line and any additions might just get lost.

At this time in the Heritage history Jim Oden was out. Duke brought in Ray Stockman to sign off on the bank notes and bring some cash to the company. Stockman was a “rich” real estate tycoon according to Duke that was looking to make some more money. He knew nothing about gaming and really couldn’t care less. He was just investing in Duke’s sales pitch on the wonderful world of Adventure Gaming and what a great potential Heritage had. So with Duke back on the road to sell products and Stockman trying to improve our production we were given the green light to come up with new exciting products that Duke could sell and Stockman produce.

After much discussion and then total agreement, even from Duke, we (Arnold and myself) outlined a new fantasy line that would be aimed exclusively at the fantasy role player and not the traditional miniature wargamer. Since the line was targeted primarily at the D&D gamer, we wanted a line name that conveyed that message. I think, Arnold came up with the name Dungeon Dwellers as a play on D&D. There would be a range of stock numbers set aside for the characters and another range of numbers for the creatures. After researching the D&D game we followed the main character classes: magic user, cleric, fighter, thief, etc. Arnold and I also proposed a set of box sets that would supplement the basic D&D game. Each set of creatures would contain all the creatures for that level. I believe at that time the basic game covered the first three levels. What we did was build some logic into the line and came up with products that the customer could easily use and integrate into their game without a lot of hunting through hundreds of blister packs. Duke loved the idea and was able to sell assortments of boxed sets of characters and monsters to just about every hobby distributor in the US. Things were rolling for Heritage.

But all was not right in Mudville! The early 80’s was witness to another recession. The prime interest rate skyrocketed. I believe in 1981 the prime was closing on 20%. Under the Oden regime not only were the receivables sold to the bank but the inventory as well. Oden had funded his expansion and acquisitions by selling his receivables and inventory to the bank. Now the price had to be paid. Once a distributor/wholesaler defaulted on an invoice, which was starting to happen, the bank billed back the receivable to Heritage. With the true interest rate the bank was charging around a phenomenal 24% there was not enough profit being generated to cover it. So things got tight and any in coming cash was being taken away by the bank. Duke wasn’t getting the dollars he was promised by Stockman so he went a courtin’ and found a taker at Lake Geneva (TSR) There was some panic and some relief by a few nameless individuals. Without the Duke’s charm a few big deals feel through. But the company was making sales with a successful Dwarfstar line of boardgames and a solid selling Dungeon Dweller line. There were some other winners such as the Dungeon Floors but also some so-so sellers like Knights & Magic, Swordbearer and the flickering Paint n’ Play line. The latter was a Duke inspired line that had some production problems (the paint issue). Paint n’ Play was aimed at getting new comers into the hobby and was offered to JC Penny’s, Sears, and Toys R US as well as non-hobby distributors. Some of them did pick up the line.

In February of 1981 one of our vendors came into the factory with a default judgement on our new casting equipment. The bill had not been paid. The bank was not willing to advance any more money so the only recourse Stockman had was to file for bankruptcy under reorganization to hold the creditors back. Once that was done the bank seized the operation and after a bankruptcy hearing it was decided that the debts were too great and the company should be sold or auctioned off so the bank could recover what it could. The once mighty Heritage had fallen.